Difference between revisions of "Nintendo Power%" 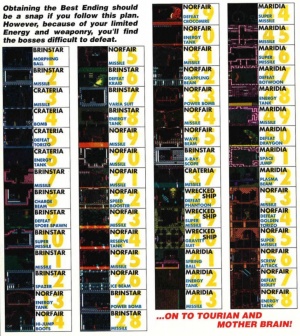 While some 100% routes collect the Golden Torizo Supers before the fight starts, as seen in the rules clarification above this route needs to wait to make sure not to pick it up until after GT has been killed.

This video details several category-specific strats, due to required differences from the optimal 100% route: