From A complete guide to Super Metroid speedrunning
(Redirected from Moat)
Jump to: navigation, search 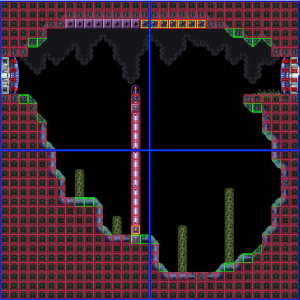 If you have full run speed coming back across the Moat after getting Gravity, you can mockball into Crateria Kihunter Room, called the "Impulse Mockball", presumably named after the runner 1mpuls3. While this strat originally was designed as a mockball, it's optimal as a bounceball, because that will fix the door.

With a Gravity Jump you can also reach the far side.