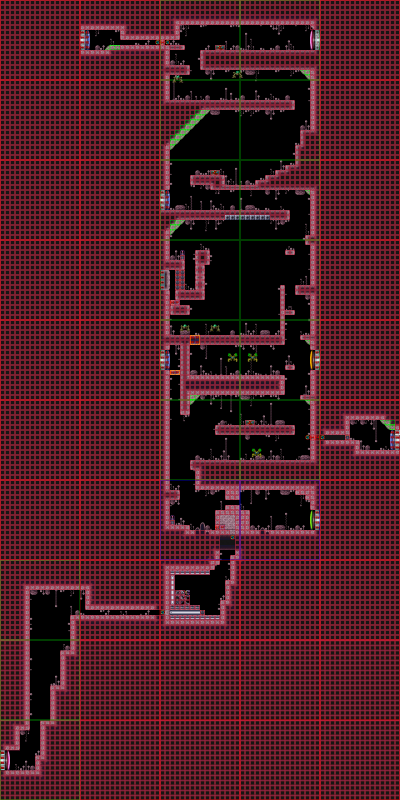 The "charge missiles" are often also called the "danetch missiles", because during the weekly races danetch would regularly type ".time missiles before charge" into chat.

If you unmorph and then re-morph on the last ledge before dropping to the floor with the door to Green Hill Zone, you can fix the door. Whether this saves time overall compared with simply running into the misaligned door is dependent on your execution.

Historically a Crystal Flash was used inside that morph tunnel in order to force Samus into a crouching pose, allowing her to fire a super right next to the block. This can be seen here.

When coming from Waterway Energy Tank Room in such categories as 100%, you are able to clip through the bomb block above the charge beam item instead of destroying it. This is a 3 step clip. First, run and jump holding down to stand upright on top of the bomb block. Second, jump and press down and then press forward. This will get your foot stuck in the top of the block. Third, jump to perform the clip.